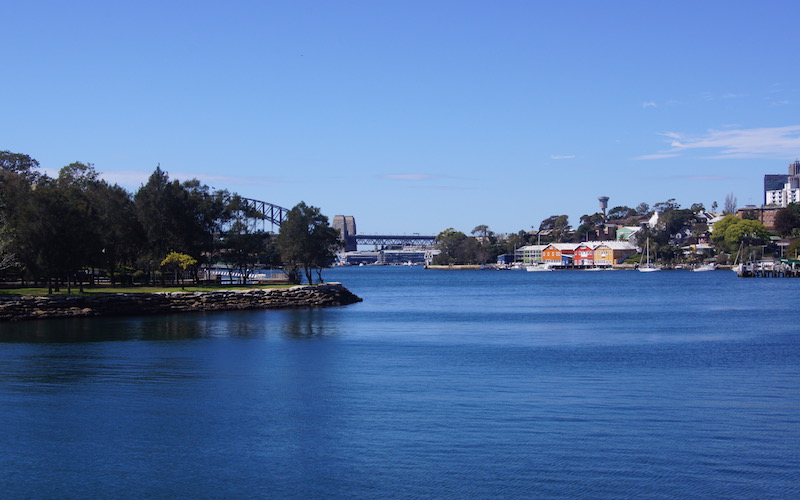 Mort Bay is a large park with numerous open space areas, play areas and great views of Sydney Harbour. Built in 1854, it was Australia’s first large scale dry dock.  After the World Wars, activity declined due to the depression, in 1958 Mort’s Dock and engineering closed.

Mort Bay Park has large flat areas, shady trees and a great playground with a fabulous view of the Harbour Bridge.  There is seating available and also picnic tables which aren’t covered but do have some shade.

The playground has a climbing structure, slides and swings and is suitable for all ages.  It is partially fenced (on the water side) and covered.  There are great scooter friendly paths and concrete areas which also have a basketball backboard and a netball ring.

Plenty of parking is available in surrounding streets.  Thames Street Ferry Wharf adjoins the park.  There are dog on-leash and off-leash areas within the park.