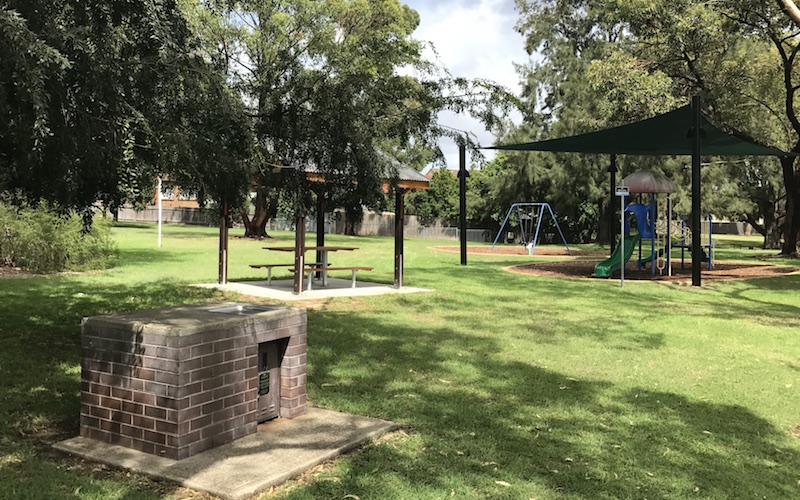 Hughes Park is a sporting field with a cute little playground and BBQ area in the back streets of Earlwood.

While primarily a sporting field with a cricket net and netball ring there’s also a great little playground. The sporting facilities including toilets and a kiosk don’t appear to be open unless there is a a sporting event on.

The playground is cute and in pretty good condition even though it’s a few years old now. There’s a climbing structure with a big and little slide and a couple of swings, including a baby swing. The climbing structure is covered by a shade sail and all is over a soft-fall bark surface.

There looks to be a pretty new covered picnic table which would ake a great party spot or family BBQ venue. The BBQ also looks to be in good order.

This park is large and accessed from a number of local streets, there’s plenty of street parking and best access for the playground is from Westfield Street.